From John Riley to Ann Hearle: Thanks for the postcard image – attached is a recent photograph of what is left of the chimney. My deceased father, who lived in Stone Row from birth until just before its demolition – told me that as a small child he used to scramble up the inclined flue to the top of the hill – for fun ! 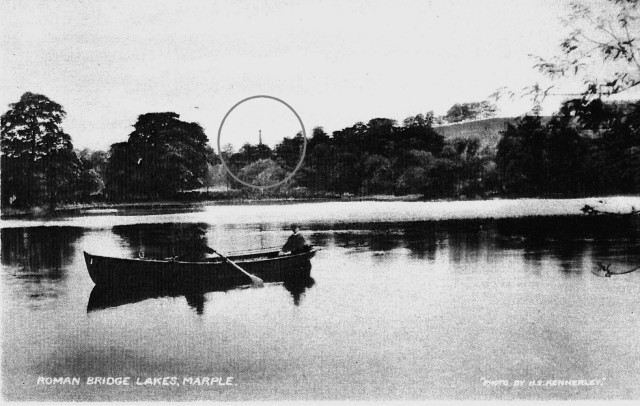 The chimney visible over the trees.

From Ann to John: Many thanks for the photo. Do you know when the chimney came down?

From John: My father was born in 1919 so if he was crawling through and out at the top of the flue it would suggest that the chimney was down by the mid 1920's at the latest. Given the dimensions of the flue he and his siblings must have been quire earless(stupid ?)  to crawl up its length - as if that wasn't dangerous enough he actually broke an arm falling from one of the circular hollows on the canal aqueduct.

Bob comments: So now I know where you get your adventurous spirit from, John!!

John Riley e-mailed: Bon jour - I met Kevin Swindells yesterday - in the last 3 weeks he has excavated the garden House [on Oldknow's market garden, further up Lakes Road from the bridge] - it is brilliant - the cellars are intact as is the ground floor up to window cill and the 2 stone stairs up to half landing. Hope you're having a good time.

That is fantastic.  I saw that there was some work going on down there but couldn't quite make out what.  I didn't realise that you are in contact with Kevin Swindells.   Will he allow us to record and document the remains?   Do keep us informed.

[Early in September, we heard that the joint bid to HLF by Mellor Archaeological Trust and the Canal and River Trust, "Revealing Oldknow's Legacy: Mellor Mill and the Peak Forest Canal in Marple", had been successful at Stage 1. Development of the full application will go on until May 2013.] 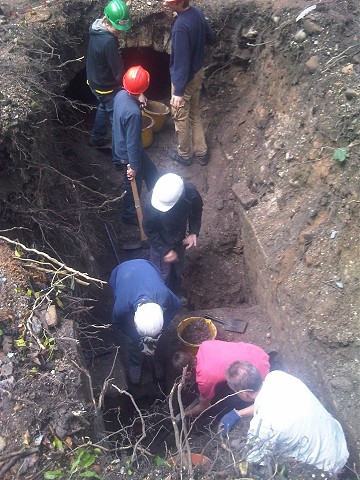 Richard has been working to try and get down to the floor of the Waterloo driveshaft tunnel.

Finally today, with the help of Explorer Scouts from Bolton, his spade scraped on the smooth paving slabs on the floor of the tunnel.

It is a tough job as the only way to clear the tunnel is bucket by bucket.

A set of stone stairs have started to be uncovered from the Waterloo shaft tunnel into the mill. 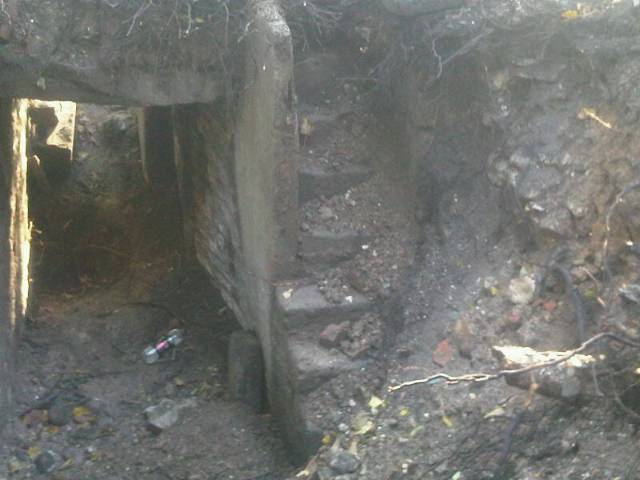 We seem to have made "yet another" significant discovery.  We have what appears to be the 'Fire Pit' for the system which would have heated the damp air in the Wheel Pit Cellar to drive it up the hollow centre(s) of the spiral staircase(s).  Any chance of you coming down over the weekend to help in the "informed guess" process? I would really appreciate it if either or both of you can. A couple of pictures attached. 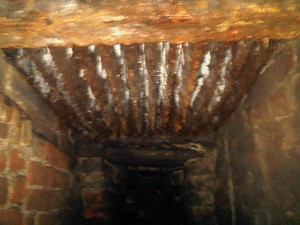 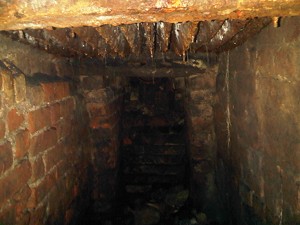