The Geology Around Marple: Why Samuel Oldknow thought it was a good idea to build his mill in the Goyt Valley near Marple Bridge 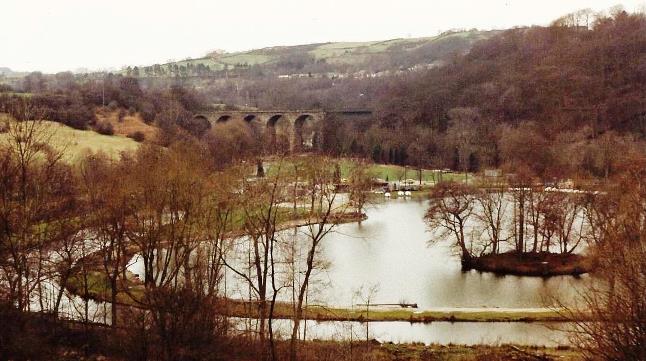 Samuel Oldknow (Jane Michael writes) built his Mill at Mellor because of the natural resources the site offered him. These natural resources were the product of millions of years of geological history. This short account explains how they formed.

The current countryside looks green/yellow/red/brown. There are many trees and other vegetation. There are hills and rivers. A long time ago – well before the dinosaurs roamed the earth – about 315 million years ago (Ma), the land probably also looked green. However, there were no houses, no telegraph poles though it was probably cloudy. And it would have been a lot warmer because Britain was located somewhere round the equator on a tectonic plate which was moving northwards. This was towards the end of the Carboniferous period (which stretched from 359Ma to 299Ma), at a time known in the UK as the Namurian/Westphalian boundary. The Namurian epoch used to be called the Millstone Grit and the Westphalian called the Coal Measures which reflect the types of rock found in each.