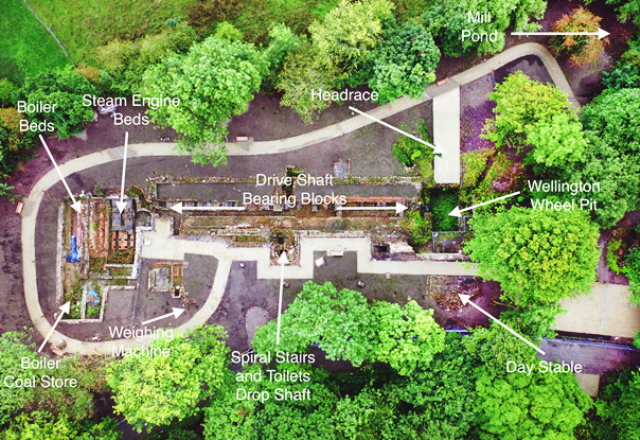 Samuel Oldknow was born at Anderton near Bolton in 1756. When in his teens he was apprenticed to an uncle who ran a drapery business in Nottingham. He was obviously a promising lad because after only a year the uncle took him into partnership. Fairly soon after, in 1782 he branched out on his own as a manufacturer of muslin and was very successful, making a lot of money. In 1784 he moved his business to Stockport and set up at a site on 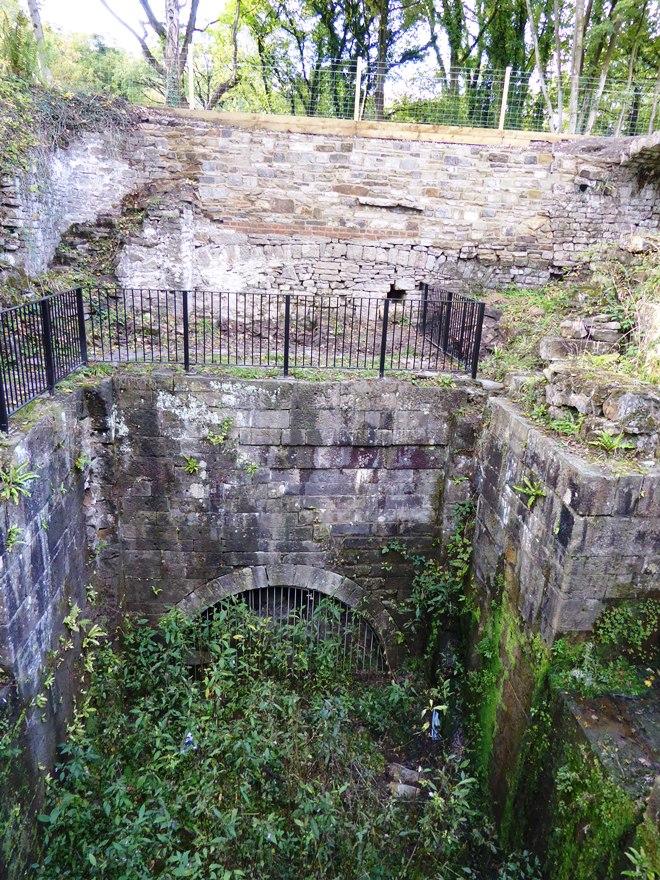 Higher Hillgate. His house at No 27 Higher Hillgate is still there, now converted into apartments, but with a blue plaque near the front door, so you will know you are at the right place.

After a year or two the restless Oldknow embarked on a new venture. He bought a long-established farm at Mellor, and acquired surrounding land by purchase and exchange from local landowners. Here, on the Mellor bank of the River Goyt, he built a water powered cotton spinning mill. At 400 feet long and six storeys high it was pretty big, some say the largest mill in the world at the time. It was powered by a waterwheel 18 foot wide and 22 foot in diameter, situated in a wheel pit directly under the centre of the mill and was operational by 1792, turning out spun yarn suitable for weaving into calico. As production grew so did the workforce, reaching around 500 at its maximum. More power was required as output increased, so a second waterwheel was added round about 1815. Then in the mid 19th century there was a succession of dry summers and two horizontal steam engines were installed to reduce reliance on waterpower. The mill operated for 100 years until one November night in 1892 it set on fire and was gutted. By then it was no longer an economic proposition, so the machinery was sold for scrap, the walls were demolished, and the site was left to revert to nature, becoming an overgrown thicket.

below: Mill Girl depicted at the mill 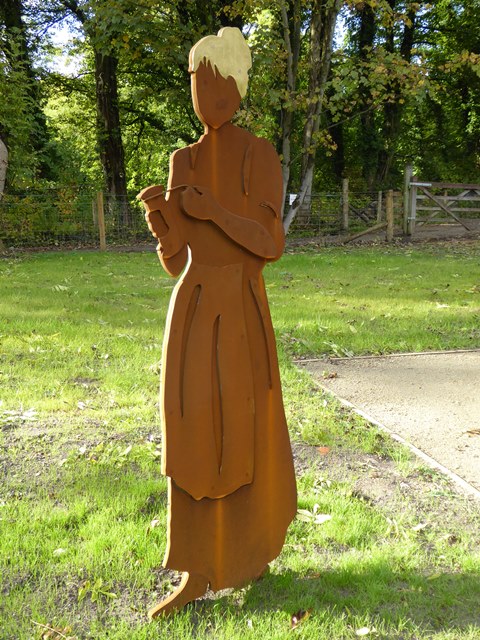 And that was the situation until 2011 when a group of enthusiasts got together and dug out the wheelpit. They removed 120 tons of rubble and over 300 scrap tyres and looked with amazement into the enormous wheelpit with its intact stone lining. There was much enthusiasm for further excavation, and eventually a Heritage Lottery grant of £2.3 million was obtained to carry out work on three sites in the Marple/Mellor area, of which Mellor Mill is one. This project finished last summer. As a result, the whole footprint of the mill, the steam engine beds and associated boiler houses have been revealed. The area has been landscaped and paths laid out suitable for everyone including those using pushchairs and wheelchairs. Eventually there will be information boards explaining the site. Until they arrive, you really need to go with someone who knows what they are looking at for it to be meaningful. Every Sunday afternoon members of Mellor Archaeological Trust are there to do just that, so that is the time to come. The latest arrival is a replica of the mill headstone, copied from the original in Marple Memorial Park, and clearly marking the entrance to the mill.
Well worth a visit. Why don’t you come down?